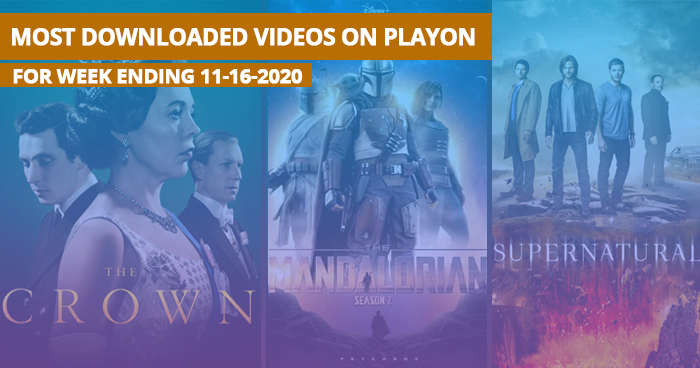 All hail the Couch Potatoes. German advertisements are praising those of us who'd rather cuttle up on our couch and binge watch. No longer lazy, unproductive, and good-for-nothing, but in fact, we are the model of desired behavior—the biggest defense humanity has against the raging Covid-19 pandemic. PlayOn users seem to be staying home, staying safe and watching LOTS of TV. I'm changing up this week's results to look at the most popular series recordings. Of note, there were no movies in the top 20 downloaded videos...but if you aggregate all of the episodic recordings in the past week by series name, here’s what you find.