How Do Movies Motivate Us? 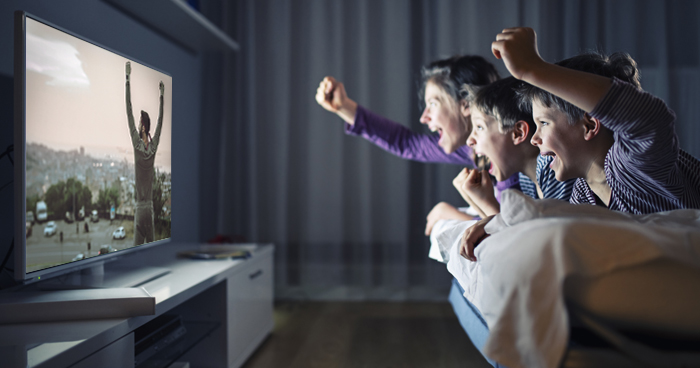 Can sitting down to watch a movie push you to take action? People often think of movies just as entertainment, a way to pass the time, or a common feature of streaming video services.

However, movies can help provide motivation and inspiration to viewers. You may experience a “push” to make a particular action. For example, movies like Cast Away, 127 Hours, and Into the Wild may motivate you to “keep on keeping on” during tough times.

Movies can also be a driving force of inspiration. Read more in this article to discover more about motivation vs. inspiration.

What Exactly Is Motivation, and How Can Movies Achieve It?

Motivation is something that you've probably dealt with. For example, we all have days we don't feel like working, studying, or exercising. Maybe you've asked yourself at least once, “What's my motivation?”

Motivation is a process that happens inside people. It can be a “drive” or “need.” It causes you to want to change yourself or something in your environment.

How Movies Can Motivate People

It's probably not a game-changing idea that movies can motivate people. The essential question is: how in the world do they do that?

Not all movies can motivate or inspire people. A film may be so dull that the only change it inspires is to stop watching the film before it's over.

Meanwhile, other films can effectively connect with you. These movies provide the motivation and inspiration you need to push yourself and achieve something like success.

One of the critical results of motivating movies is they tap into your emotions and “spirit” Many movies achieve that goal yet aren't motivating. Motivating movies are uplifting and encouraging. Instead of just thinking about the film, you want to take action.

Movies can have a truly powerful effect on your emotions. For example, they can cause you to think about people's struggles and how they overcame them.

An example is Rocky (1978), which teaches life lessons like:

Movies can motivate people in several ways. For example, films like Good Will Hunting (1998) can help motivate you through self-discovery.

A critical factor that causes movies to become motivational is the emotional impact they can have on people. Films that don't trigger emotions aren't very motivating, right? We may watch a run-of-the-mill movie and think, “meh.”

Movies can show life's tragedy and comedy, triggering emotions and thoughts. Not all such movies are motivating, although they can be.

Also, it's not just dramas and comedies that stir emotions. Movies with serious tones can have the same effect.

For example, inspiring movies can cause you to think, have passion, and take action. Other forms of art like songs and poetry can have a similar effect.

After watching an inspiring movie, you may feel like you want to improve yourself or humanity in a particular way.

Here are some of the top motivational movies ever:

This movie can help motivate you if you feel like quitting. Many people would give up, although the main character took many steps to stay alive. This movie is the true story of someone whose bicycle accident tested their will.

A true story about Americans escaping an overrun U.S. embassy in 1980 inspired this movie. The individuals aim to save the lives of people they'd never met. They took that action because they believed they needed to. Their strength and bravery are inspiring.

This story has lessons about hope and possibilities. It shows what people would do if they had that opportunity. For example, what would they do first, and what would they try to accomplish? It addresses people's hopes and dreams.

This movie tells the fascinating story of a young man who struggles to cross the ocean in a boat. The boy's only companion is an aggressive tiger.

This story features a character who shows bravery and perseverance. The character doesn't seem to fear anything, including death. She had to make a difficult decision that some people may perceive as a way to “throw in the towel,” although it wasn't.

The movie is about a person who doesn't give up on themselves even though they can only use one foot. This film teaches that people can achieve great things if they have hope and never give up.

This film tells a story about possibilities and hope. It features a man who fakes mental illness to avoid punishment. The character showed people with mental illness that they can still have hopes and dreams. They can also strive to become better people.

The film, based on a true story, inspires and shows the value of the human spirit's strength and kindness. A family changed the life of a troubled young man. Their love and support helped the protagonist, Michael Oher, become a professional football player and win the Super Bowl.

This movie is about a man who wishes to explore the real world by leaving his comfortable environment. He must overcome many obstacles to learn what's possible for him.

Get PlayOn Cloud or PlayOn Home to record these movies and watch them anytime offline.

This submission is from our guest blogger Lucille Adams and is posted here with her permission.