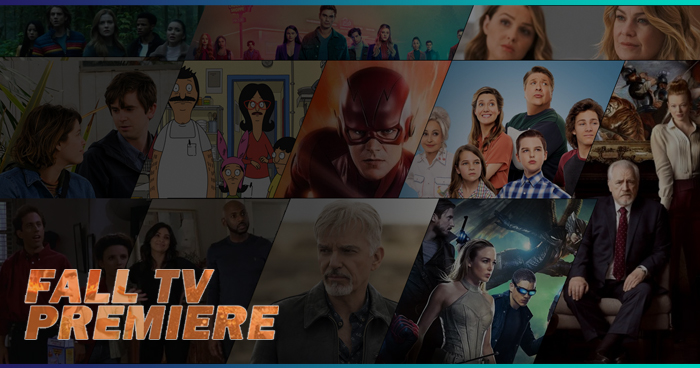 Fall TV is here! Look for new episodes in PlayOn when they're available for streaming and hit record!  Typically, if you already have cable access to the network with the show you want to record, those shows are available for streaming either same-day or the next day. If you don't currently have cable access to your favorite shows, you're not out of luck — but you may need to wait 7-10 days after broadcast before you see episodes online. When you make recordings with PlayOn Desktop (on your PC) or PlayOn Cloud (with your mobile device or tablet)—you'll get to skip all the ads—that means more time for catching up on your favorite shows, and less time waiting for the commercials to be over already. Here is a list of premiere dates for shows old and new—and if it's available for streaming, search for it in PlayOn* and hit record to watch later.

*Discovery+ and Pluto content is available only on PlayOn Cloud.

October 21:
The Blacklist (NBC, Season 9)
The Next Thing You Eat (Hulu, new docuseries)

November 25:
The Beatles: Get Back (Disney+, new documentary miniseries)

Ready to hit that record button? Get PlayOn Desktop for your PC and make unlimited recordings, cast recordings to your TV and skip the ads.

Or, try out PlayOn Cloud — sign up for a one-week trial and get 7 free recordings.